FOR A LIMITED TIME ONLY

We love our customers, so feel free to visit during normal business hours.

Environmental Land Services, Inc. was established in Florida in 2003 with over 40 years of experience.

CEO - Michael Morea, Vice President - Nancy Morea and Resource Recovery Operations Manager - Johnny Morea have grown a diversified construction company specializing in garbage collection, roll-off dumpsters, site development, underground utilities, demolition, land clearing, excavation, and trucking. They own/operate a concrete recycling plant that produces 500,000 tons of aggregate materials per year. In addition, we own/operate a coquina quarry. Their goal is to set a higher bar for our company in an extremely competitive market. ELS is currently expanding into the municipal solid waste industry to better serve communities. Environmental Land Services is a licensed, insured, and bonded to accommodate any size job and is a State Certified Woman and Minority-Owned Company.

References can be provided upon request. 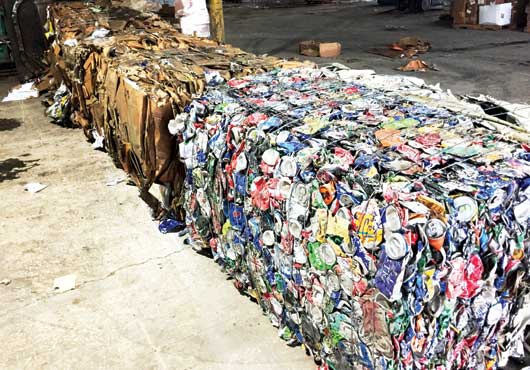 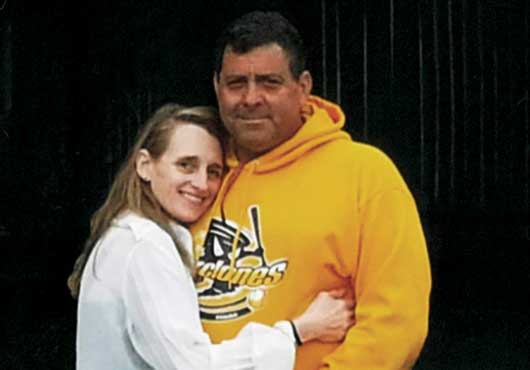 “I love garbage!” exclaims Michael Morea, and his passion is to keep as much of it out of landfills as possible through aggressive recycling efforts. His success is evident from the amount of client testimonials on his company website. But few people know that his thriving Florida business rose from the ashes of tragedy.

Thirty years ago, Michael owned Capitol Carting Corp., a waste management and recycling firm serving the five boroughs of New York including Manhattan. Getting contracts was tough in such a competitive market, so it was the coup of a lifetime to win the contract to provide waste management services at the World Trade Center, which was dated, ironically, on Sept. 11, 2000.

The collapse of the Twin Towers exactly one year later took a devastating toll on the business as Capitol Carting Corp. had 450 containers on-site that were reduced to rubble. They also had a roll-off dumpster parked nearby that was heavily used to remove debris in the coming months. Rebuilding the business was tough after a loss of that magnitude. “Building the Future, Recycling the Past” is the perfect motto for all the good that came to the Morea family after overcoming disaster.

The Moreas sensed a change of scenery could help them reestablish a new normal for their lives, and in 2003, they headed to Florida. Although Michael thought a new career was also in order, a deep instinct made him tell his wife, Nancy, “Let’s take one roll-off truck just in case I want to stay in this business.” They brought the roll-off truck that had survived the World Trade Center disaster, plus a 30-yard container, and tucked a Bobcat inside for good measure.

Michael tried his hand at real estate, but before long he was drawn back into the industry he knew and loved. In 2003, he and Nancy founded Environmental Land Services of Flagler County, Inc. (ELS), a diversified firm offering waste management, recycling and site services.

The Moreas opened their business in Bunnell, Florida, just outside of the city of Palm Coast. The region held the distinction of being one of the fastest-growing metropolitan areas in the country. Without contacts or knowledge of the area, however, they were starting from scratch.

Michael, as CEO, and Nancy, as Vice President, have consistently been cautious about the company’s growth. It is important to note that this is a family business, and Michael played a key role in how it was reimagined. “Behind every successful man is an exhausted woman,” Nancy laughs. On a more serious note, Nancy shares that after losing all their equipment on 9/11, every step in building the business was carefully tested to be sure it was manageable and sustainable.

The new business venture began when Michael learned of a land-clearing project and bought one new machine. With that, the company began a four-year project to build Tidelands on the Intracoastal—an extensive estate and condominium complex—and ELS became part of Palm Coast’s expansive growth.

After land clearing and removing unsuitable material, dirt needed to be hauled in, and ELS evolved with the project’s needs and challenges by purchasing a dump truck. A huge obstacle immediately presented itself: no one would sell him dirt. With Michael’s gregarious personality, he was able to overcome the wariness of being both an outsider and a New Yorker. Finally, one person sold him the fill, and interestingly, that man’s son now works at ELS.

As volume grew, Michael subcontracted 10 additional trucks knowing that if ELS couldn’t get the job done, the work would have gone elsewhere. Another thing that created buzz and built their reputation was Michael’s unflagging work ethic. With any project, he says, “It is done when it’s supposed to be done, and it’ll be done right.”

The Moreas added demolition to the business mix, but the lure of waste management was strong. “It’s in my blood,” Michael explained. “I knew I could help with the waste management process while improving and increasing recycling efforts.”

By August 2015, with more waste materials coming in, ELS built a transfer station accepting municipal solid waste (MSW) or garbage, and a state-of-the-art material recovery facility (MRF). The company mission is to salvage any recyclable product to reduce waste going to landfills. This presents a personal challenge for Michael, and he’ll often bring items home to puzzle over how to turn unwanted items into desirable and marketable products.

The MRF offers a local facility where ELS can separate construction debris like wood, rock, metal, paper, even concrete. They are able to recycle some materials into #57 stone (driveway gravel), road and paver base, dirt and mulch. This provides a valuable service to local municipalities and companies such as builders, roofers, fencing companies, nurseries, landscapers, restaurants and more. Recycling also includes cardboard and yard waste debris. ELS reports that they prevented approximately 183,000 tons of debris from going into a landfill since opening the facility.

As family has always been important to the Moreas, Nancy’s sister, Connie Policastro, joined the family business in 2015 when the transfer station and MRF were added to the business. As Operations Manager, her knowledge, dedication, and family values have played a key role in the success of this expansion.

The facility has also been instrumental in hurricane cleanup efforts throughout Flagler County. Historically, FEMA had to bring in trucks and contractors from neighboring states and transport debris 45 minutes away. The county approached ELS about becoming an approved and designated site for storm debris and it was a perfect fit. Throughout the devastation caused by hurricanes Irma and Matthew, ELS dug deep and remained open seven days a week. After the dust settled, Michael estimates that the company saved the county over $1 million by allowing them to bring their debris to ELS for processing during the hurricane season.

‘Thru Service We Grow!’

“New York was my home, but Palm Coast gave me a home,” says Nancy to explain why she volunteers once weekly as a dispatcher at the sheriff’s office. ELS is also a proud sponsor of the sheriff’s office’s “Christmas with a Deputy” program that helps underprivileged children enjoy the holiday season.

In 2016, the Chamber of Commerce awarded ELS the Outstanding Emerging Business of the Year award for telling the story of how they grew from one truck to 25; a family of four to a 40-person operation. “Our mantra is ‘Thru Service We Grow!’ and it permeates every community interaction we have and is ingrained in our work ethic,” Nancy says.

The greatest gifts parents can give their children are roots and wings: a deep sense of home, but also the freedom to explore the world. The couple’s daughter, Amanda, is happily testing her wings; but their son, Johnny, has been helping out at the company “since he could walk,” quips Nancy. One of Nancy’s fondest memories is watching her husband and then 10-year-old son work side-by-side on a gas station demolition job. “In trade school, Johnny studied mechanics and diesel mechanics and can run any piece of equipment in the company,” she says. “He has proven invaluable as the Resource Recovery Operations Manager.”

“Building the Future, Recycling the Past” is an apt motto for a company that was—quite literally—built by a family who rose from the ashes of 9/11. In spite of the struggles, the Moreas have thrived, and ELS continues to grow. Michael is quick to share his secret for success: “It’s a family approach to business,” he says. Nancy concurs, and adds: “Treat everyone with respect and genuine compassion; work from the heart, with heart. Your word is everything; period!”